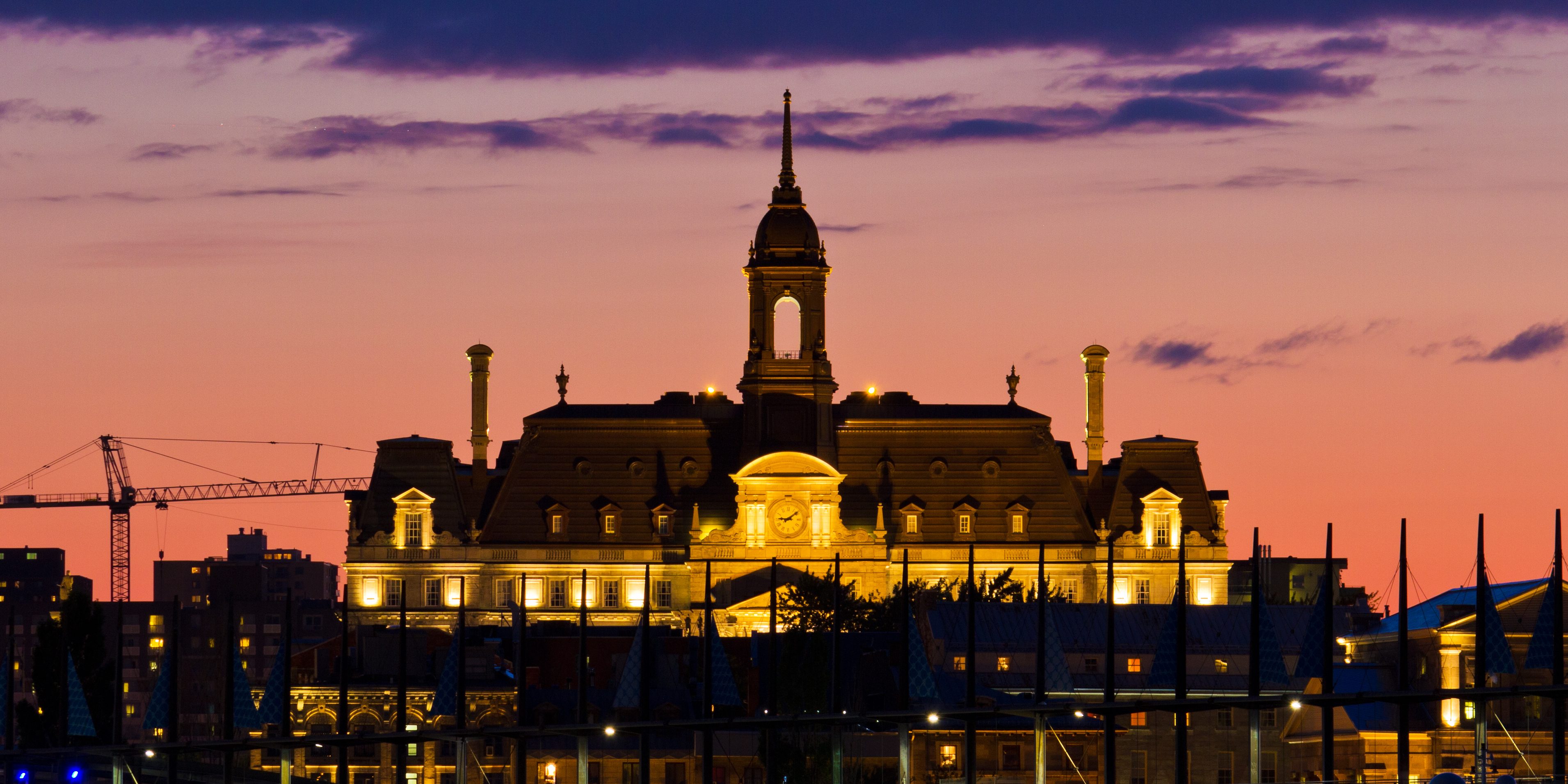 Montreal has, for several years now, been the leading meeting destination in North America simply because the city offers an array of fabulous venues that perfectly suits the needs of business and incentive groups and even those from the academe. These trade venues also have the distinction of being able to offer complimentary sites within the city that enhances the visitor’s experience of soaking in Montreal’s distinct ambiance of European elegance and North American dynamism.

Here are our Top 5 Trade Show Venues in Montreal

The Palais des congrès de Montréal sits atop this list for the very reason that it was built precisely as a world-class convention center, as its name reflects (Montreal Convention Center). Featuring modern and sustainable facilities, it has attracted more than 20 million visitors since its opening in 1983 and has boosted Montreal’s status as a major destination for trades and conventions across North America. No wonder it has been conferred the Quality Standards gold certification by the International Association of Convention Centers and is shortlisted for the title of World’s Best Congress Center.

The Palais des congres de Montreal boasts a total of 46,347 m2 of exhibition space that can accommodate nearly 2,000 booths all at once. There are also 33,638 m2 of meeting room spaces and another 51,280 m2 of rooms and venues – staggering numbers by any standards.

Some of the major upcoming trade fairs slated at the Palais des congres includes the Franchise Expo Montreal, the National Women’s Show Montreal (booked for 2020 and 2021), SIAL Canada 2020 (food, beverage, wine, and spirits), and the Montreal Worldwide Beer Festival.

Completed in 1967, Place Bonaventure was originally conceived as an exhibition hall and international trade center and was built in the Brutalist style popular during the period. It remains one of Montreal’s distinctive landmarks even after its recent renovations. Place Bonaventure’s biggest advantage is its accessibility. Located in the heart of Montreal, it is ideal for public transport users due to its direct access to the subway system, the Central Station (for suburban and intercity trains), and the vast underground pedestrian network that connects to thousands of shops and restaurants, not to mention hotels.

Place Bonaventure also has some of the biggest trade show spaces in the city. Its main exhibition hall has an area of about 61,000 square meters and can accommodate up to 780 booths – a perfect venue for all kinds of gatherings big or small. There is, of course, the Hotel Bonaventure sitting right atop Place Bonaventure that has its own distinct venue offerings as well as trade events. Flagship events at the Place Bonaventure include the International Tourism & Travel Show, the Gem and Mineral Show, and the SIDIM Design Show (for Architecture and Design). Visitor traffic to these shows exceeds one million annually.

While Concordia University prides itself as one of the most innovative universities in the world with its approach to experiential learning, it has also become one of the top trade show organizers in Canada due to a large number of fairs it hosts on a regular basis. Its deeply rooted educational foundation allows Concordia University to carve a dominant niche in academic and professional conferences in Montreal that has been further strengthened by the opening of the Concordia University Conference Centre in 2017.

This venue provides multi-functional, state-of-the-art facilities to the entire Concordia community as well as to external clients that are best suited for cocktails, banquets, meetings, and conferences. Concordia’s most prominent events include the Engineering and Computer Science Fair as well as the upcoming International Academic Conference on Business & Economics, Management and Finance, and the Graduate & Professionals Schools Fair.

Like the Place de Bonaventure, the Fairmont Queen Elizabeth is connected to Montreal’s underground city. This access to more than 32 km of underground pedestrian walkways, shopping centers, entertainment venues, and attractions gives the Fairmont Queen Elizabeth a strategic advantage as a trade and exhibition venue among Montreal’s hotels. The Fairmont has nearly 26,000 m2 of meeting space and another 12,800 m2 of exhibit areas. It has 104 function halls, with the largest having an area of 2,754 m2 and a maximum capacity of 2,470 persons. The Fairmont has attracted major events like Xplor, the Annual Conference of the Pulp and Paper Industry in Canada, the Montreal Wood Convention and the Montreal Global Summit.

The Fairmont is, of course, more popularly known as the hotel where John Lennon and Yoko Ono held their 1969 “bed-in for peace” and the suite that now bears their names has since been revamped to feature a virtual reality experience.

The Olympic Stadium in Montreal’s Olympic Park is the largest covered amphitheater in Québec, and plays host to a wide range of events from around the world other than sports such as salons and trade exhibits. Built for the 1976 Montreal Olympics, the Big O as it is known has its own distinct attractions and still hosts regular athletic events as well as guided tours of the historic venue. While a bit farther from the city center, the Olympic Stadium nevertheless offers something unique: wide-open spaces that are perfect for trade events with outdoor components like truck and auto shows, as well as ample parking for more than 4,000 vehicles. The venue can be reached through the metro station’s Green line, as well as by bus. It is also accessible through bicycle paths, with bike racks available just steps from the Olympic Center entrance.

The Olympic Stadium’s vast indoor facilities are ideal for galas, sporting matches, and trade shows, and the Stadium itself can accommodate up to 60,000 people – perfect for gatherings on such magnitude and scale.

Past and future events lined up at the Olympic Stadium include DreamHack Montreal, Montreal Home Expo, and the Montreal Electric Vehicle Show.

Are you looking for a company that can help you with your trade show display needs in Montreal from A to Z? Beaumont & Co. can surely do that for you. We take pride in our full-service solutions that ensure you can deal with one exhibit company for your every need – from exhibit design, through to fabrication, shipping, and global installation. 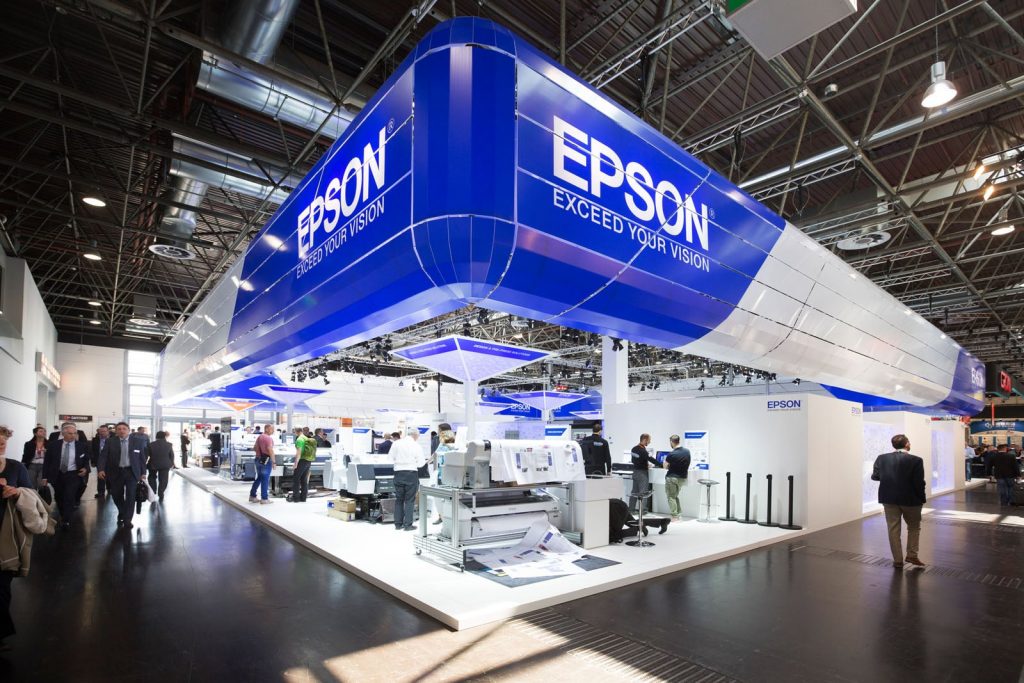 We offer a wide range of trade show services ranging from trade show display rentals, to exhibit design, custom fabrication, shipping and logistics, on-site supervision, online project and asset management, and installation and dismantle. When you partner with the Beaumont & Co. team, we handle all the tasks for you, big or small, leaving you hassle-free!

Talk to us about your custom exhibit needs in Montreal today!

10 Toys & Games Trade Shows You Don’t Want to Miss in 2020
November 14, 2019
SEARCH
Product categories
Go to Top
This website uses cookies to improve your experience. We'll assume you're ok with this, but you can opt-out if you wish.Accept Read More
Privacy Policy
Necessary Always Enabled
Request a Quote Within 1 Hour